Living Standards is the first album by the duo of Fred Thomas and Zac Gvi and represents a landmark in the development of their collaborative work. The album refines and concentrates an imaginative approach to interpreting well-played repertoire from the jazz songbook, breathing new life into songs whose essential beauty rings true through the passage of time. Featuring luminaries of the burgeoning London Jazz scene Ben Davis – cello (Basquait Strings), Johnny Brierley – bass (Outhouse Ruhabi) and Louisa Jones – vocals (Man Overboard), “Living Standards” is out on the F-IRE Label as of January 2014. Buy it HERE or listen on Spotify

Drawing on their experience of having played together in various contexts (Fly Agaric, the Magic Lantern, The Irreverents), Thomas and Gvi turn their attention to the music that brought them together in the first place – the Jazz Standard – bringing to the feast a wealth of new ideas and abilities gleaned from wide-ranging listening, playing and composing. Here the focus of the material is purely on songs written for the music hall and later re-interpreted by many of the great jazz musicians. However, the duos and trios recorded on this record make their own mark on the tunes, playfully re-inventing them while always maintaining a deep sense of respect for the songs, their characters and their stories.

This record owes a particular debt to Paul Motian, especially his recordings of standards with the Paul Motian Trio and “On Broadway Vols. 1-5”, whose supremely melodic sensibility is a trailblazing vision into both the deepest past and the brightest future of Jazz. The whole approach to dynamic group improvisation on the present recording takes its cue from that Motian’s impeccable aesthetic, while in Louisa Jones’ harrowingly sincere and unabashed voice there is a clear echo of the spirit of Billie Holiday. In their polyphonic, many-voiced interplay, Thomas and Gvi celebrate the influence of one more shared hero of theirs, Lennie Tristano, whose jazz inventions never cease to sound fresh and intricate.

The recording was engineered and produced by long-time collaborator and friend Alex Bonney (Bill Frisell, Evan Parker) at the exquisite Hawksmoor church St. Georges-in-the-East in Shadwell. This album is dedicated to the memory of Fergus Read (1965-2006) whose teaching lives on. Many thanks to Tony Fisher for his amazing CD graphics. 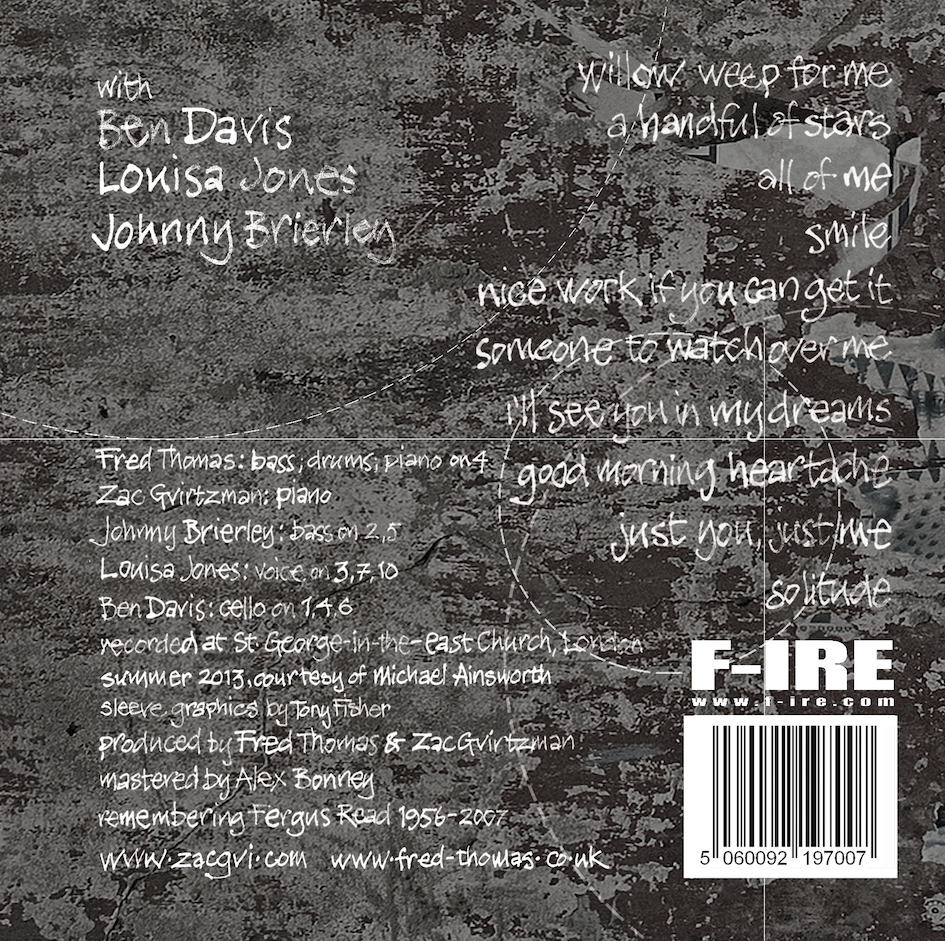 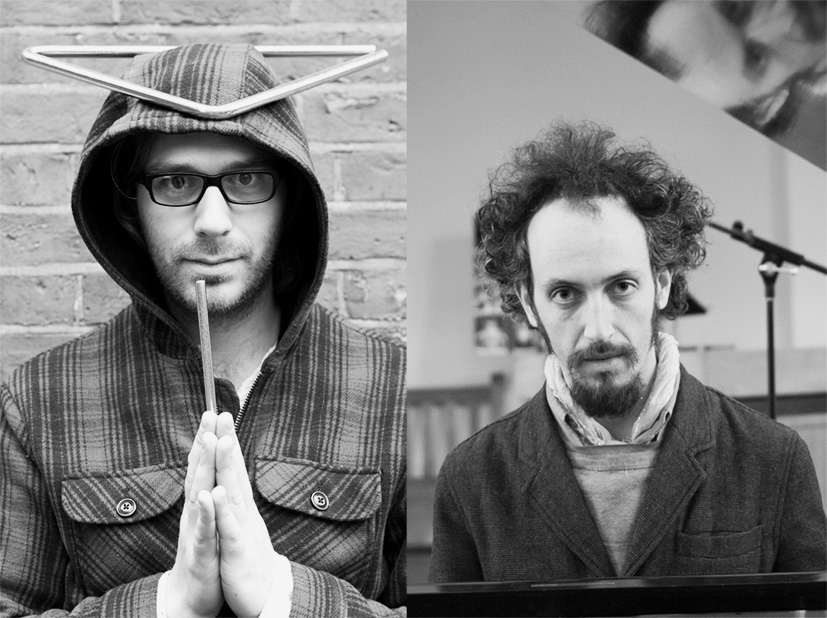