Sioux and Gypsy blood runs through Clara’s veins. An exceptionally versatile musician, captivating performer and one of the most original singer-songwriters to emerge from the East London scene, Clara brings a refreshing twist to the folk tradition creating an unmistakable bluesy sound with a continental twist. Carried by the power of a virtuosic voice, her adventurous melodies take unexpected, serpentine turns, her English lyrics breaking into Spanish, French, Catalan as spellbinding stories unfold. She accompanies herself on baroque guitar, charango, Indian harmonium, telecaster, mandolin, a collection as varied as her background.

Born in France, raised in Barcelona, she has grown, after a lengthy tenure in the metropolis, into a Londoner.

In an impressive back catalogue of recordings, theatre and screen credits, Clara features in many movie soundtracks including “The Hobbit”, “Snow White and the Huntsman”, “The Hunger Games” and has appeared at many international festivals, including Glastonbury, The London Jazz Festival and Womad, and mingled with artists from all disciplines: she collaborated with Natacha Atlas, Nizlopi’s frontman Luke Concannon, she appears on screen alongside Al Pacino in The Merchant of Venice movie (Mike Radford 2004), on radio with Bill Nighy in the BBC Radio 3 play The Don, on stage with director Nicholas Hytner at the National Theatre and in concert under the guidance of Karlheinz Stockhausen, the forefather of electronica. She is also the featured singer in the forthcoming Hollywood movie For Greater Glory about the Mexican Cristeros War, with music by James Horner (Titanic), cast including Peter O’Toole, Andy Garcia, Eva Longoria, Ruben Blades. Clara’s song “Nada Igual”, as heard in La Reina del Sur was no. 1 in the iTunes charts (Mexico) in June 2011.

Since she burst into the global music scene in 2006, with the highly acclaimed album “Clara & The Real Lowdown “, produced by maverick producer and composer Harvey Brough, they’ve recorded another two albums: ”Hopetown House” featuring The Real Lowdown, a collective of the finest folk, jazz and world musicians in London, and “The Emblem”, released in February 2012.

“Her sound sits richly somewhere between Camille, Mariza and Joanna Newsom – a gorgeous place to be” – UNCUT Magazine

“visionary… this is something different, something special” – 17 SECONDS 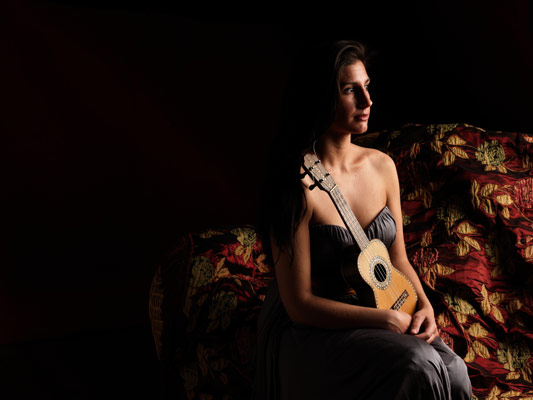 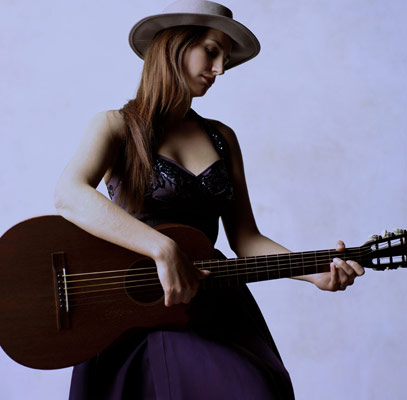