Electrofeit is an album of J.S. Bach solo organ music recorded by Fred Thomas and released by music publisher and record label The Silent Howl.

Buy it from Bandcamp

There were several sources of inspiration for this recording: a sudden love affair with church organs, Walter Benjamin’s “The Work of Art in the Age of Mechanical Reproduction” and Glenn Gould’s obsession with technology and how it relates to classical music.

Then I heard some lectures by the historian Hayden White that seem pertinent to the interpretation of music or art of the past. His ideas are a gift  to anybody into period performance practice.

Here are some of Hayden White’s thoughts (paraphrased):

–  How can a creative student of the past use imagination to supplement the kind of knowledge, always fragmentary, always incomplete, often hidden, that historical methodologies dig up? Is there an essence that you can derive from a combination of so-called scientific enquiry and poetic imagination, without transforming fact into fiction? In fact, what is the status of fact and fiction? Can they even be clearly demarcated?

–  History can be an artistic treatment of reality. Novelist Toni Morrison says her book ‘Beloved’ is “historically true in essence, but not strictly factual”.

– Literary devices such as the anecdote or epigraph are instruments for treating the past artistically, for interpreting facts poetically, for drawing attention to your message by giving it formal coherence. Form articulates or even enacts message. These literary devices are poetic precisely in so far as they draw attention to their own processes of production. They tell you something about the text itself.

– To tell things chronologically results in a chronicle. To relate a history you must violate chronology, and it’s this that gives it narrative force. Why do we want a narrative or story? Because identifying the structure that holds events together in a particular pattern of cause and effect or functional relationship is not enough; the dramatisation of events is key i.e. to separate agents into protagonists/antagonists, strong/weak, agents/patients and thus extract meaning.

In my mind at least, all this relates deeply to recording music of the past.  In the case of ‘electrofeit’, I recorded the fugues by over-dubbing (multi-tracking) the voices. Starting off by recording a whole fugue with all its voices, I then replaced each voice individually, finally removing the original template from underneath – a bit like drawing on tracing paper on top of an original.

To a certain extent, this ‘device’ tells the listener how I feel about the text. It draws attention to itself, through technological tricks such as panning, distance, eq, timbre etc. It dramatises the music by separating the voices into their ever-changing roles of protagonist or antagonist, leader or follower. And the device itself enacts the polyphonic nature of the music.

While all this might be vaguely true, possibly, most of all it was really really fun and satisfying to record.

“These pieces take on a deep and magical dimension…each detail revealed in overwhelming relief thanks to quality sound recording and mixing, supported by an interpretative finesse that brings to mind the contemporary and subtle games of a Glenn Gould. More than yet another standard interpretation of the works of J.S. Bach, ‘Electrofeit’ is a brilliant renewal of his work’s modernism, a wonderful bridge between past and present, a moment of auditory peace and contemplation. In a word: sublime” – SilenceAndSound

“Fred Thomas…is utilizing modern recording and post-production technologies to create unique compositions and reinventions of traditional classical music. By utilizing this kind of creative experimentation and exploring the realm of multi-track recording, Thomas is challenging the status quo of the classical music genre…Electrofeit is…a creative product and work of art wholly his own. Just as Brian Eno considers himself a composer beholden to the studio and constantly evolving recording technologies, Thomas is now pioneering this methodology in the classical genre. Electrofeit has a sound that is both more full and resonant than typical Bach recordings, with a sonic depth that can only be paralleled in music and film genres outside of the traditional“ – The Creators Project 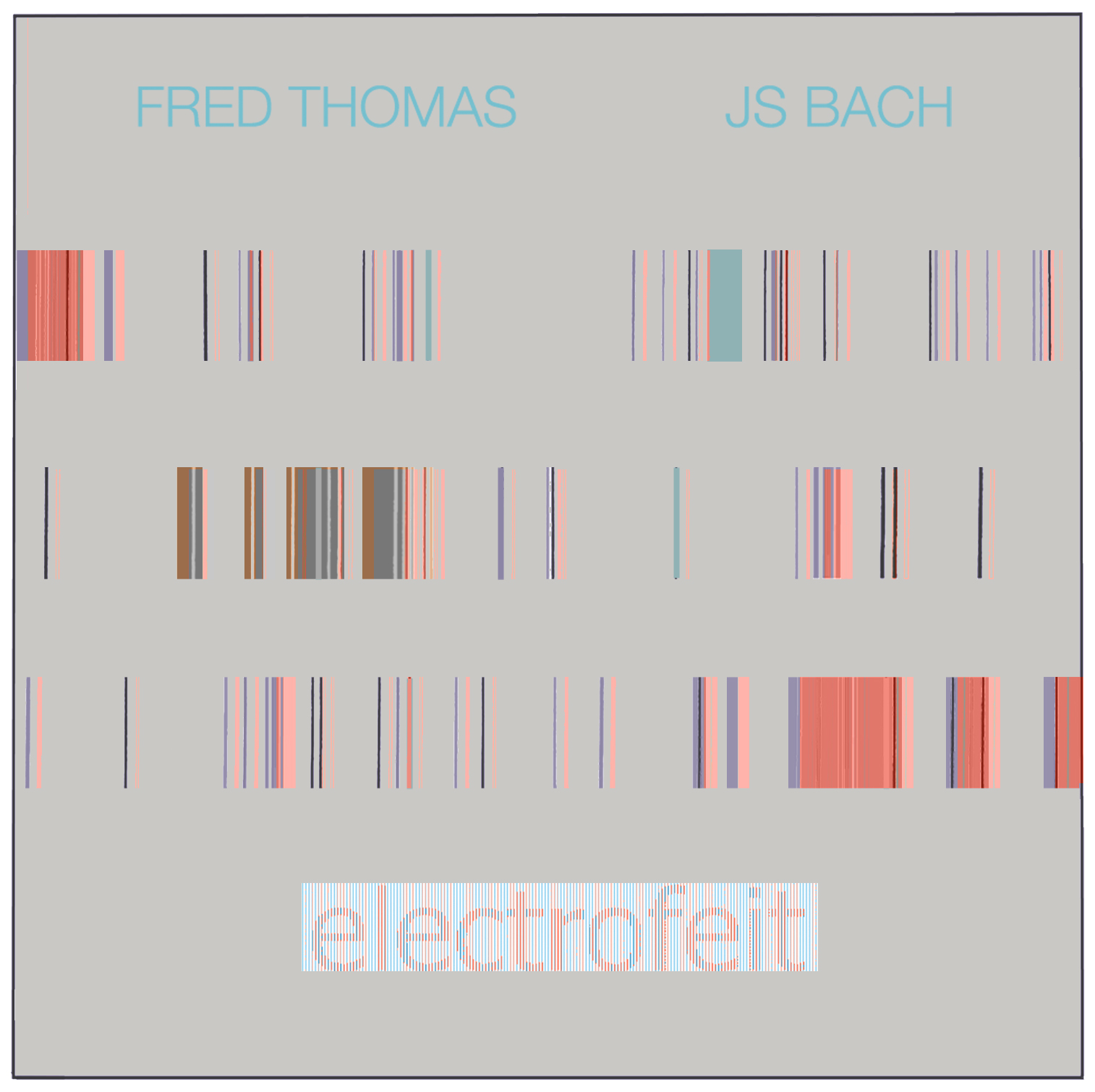 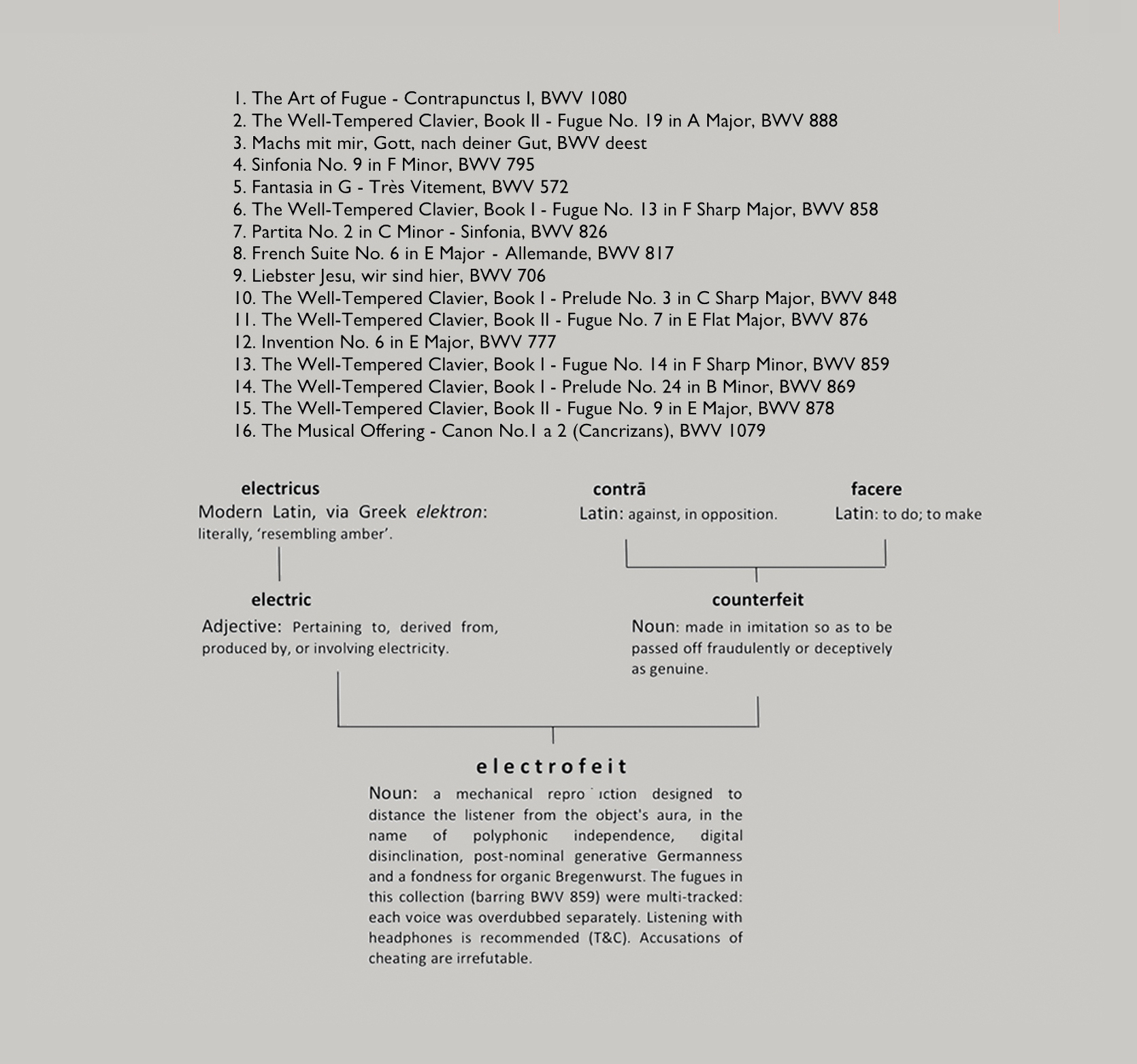 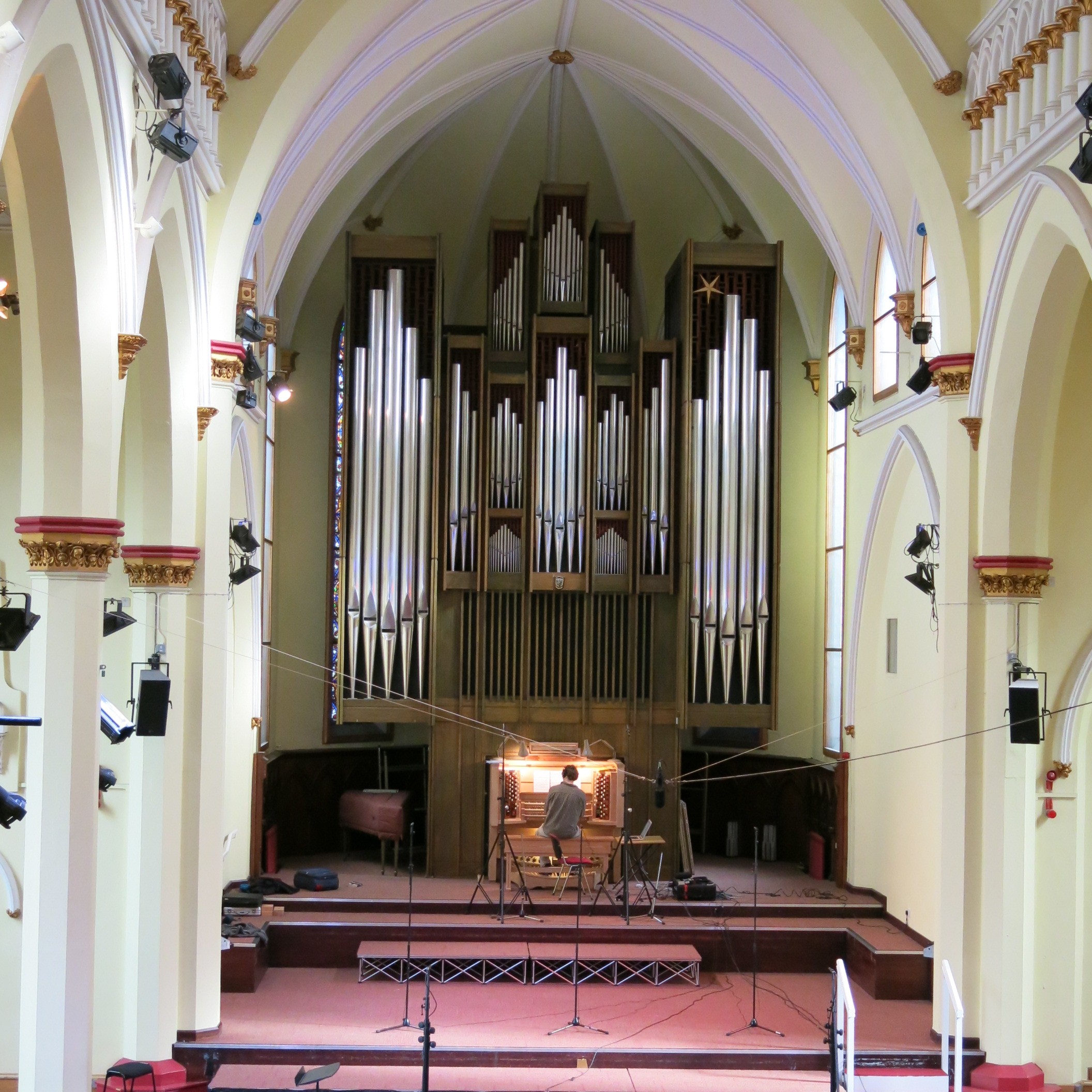 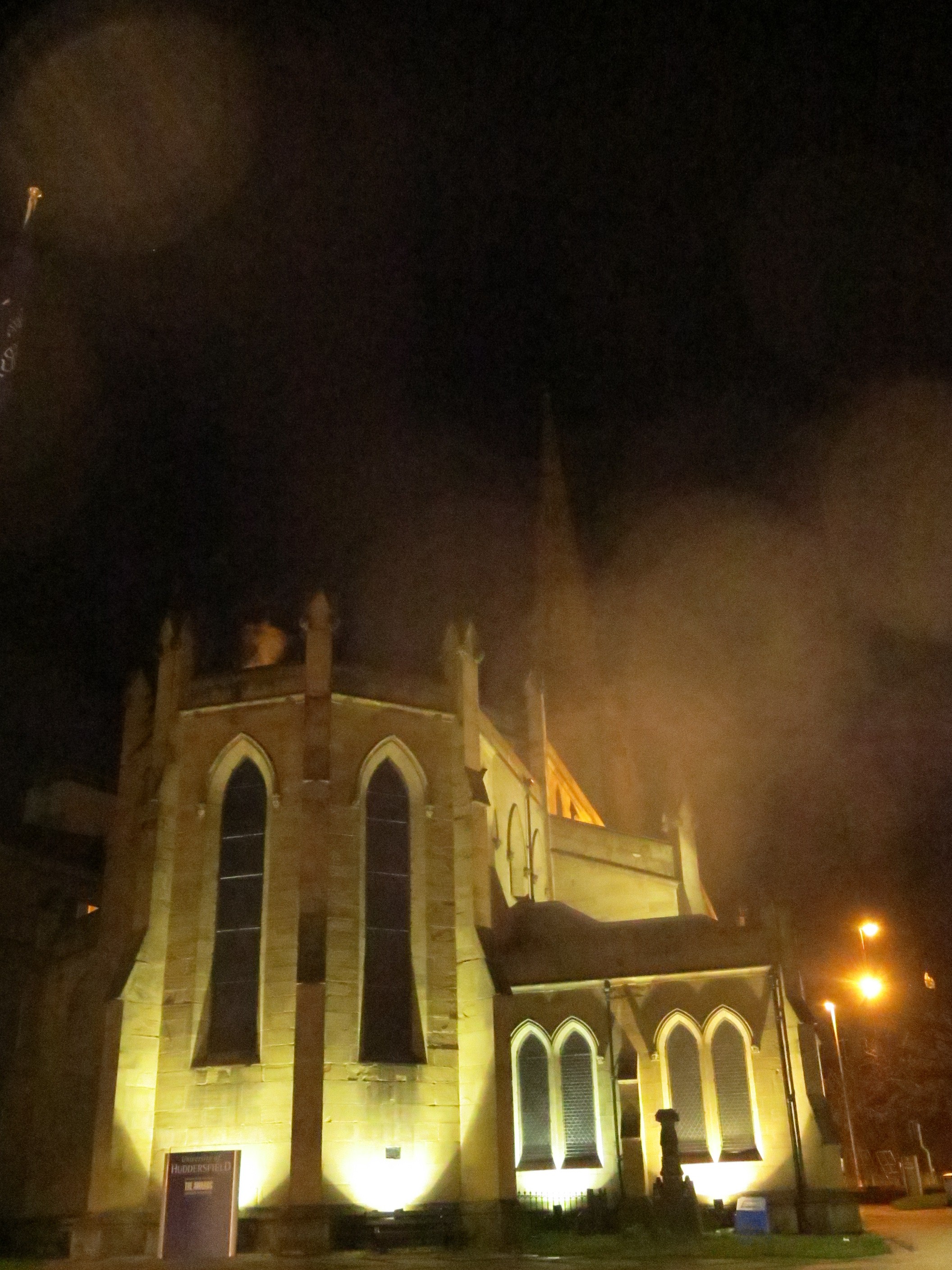 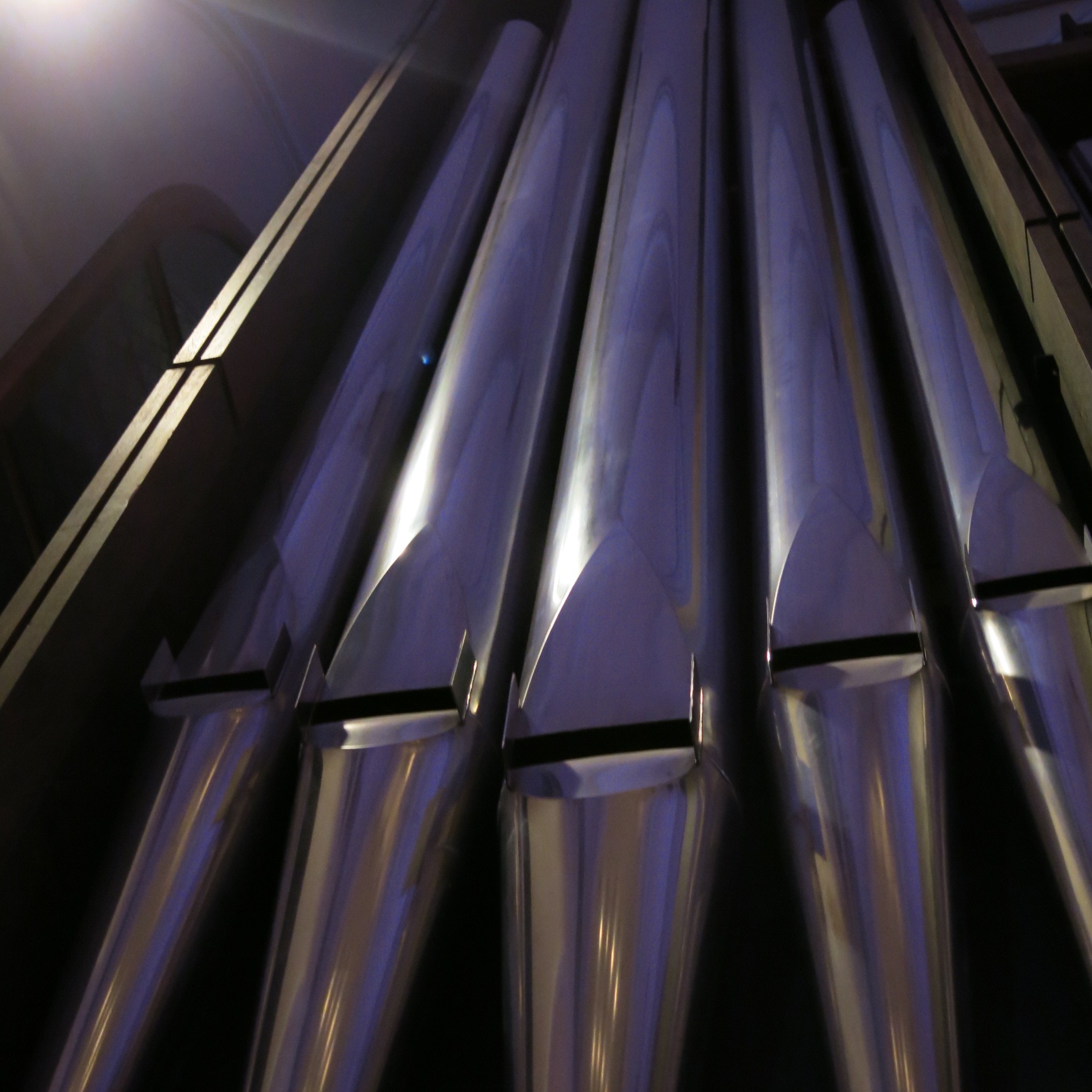