“This is a fascinating and musicologically daring concept. The basic form of the Baroque dance suite is maintained, but the actual movements are pic’n’mixed from the Partitas and French Suites: we open with a Sinfonia (Partita No 2) before proceeding to an Allemande (French Suite No 5), thence to a Corrente (Partita No 6), and so on. Two such ‘complete’ suites are presented.

If it were not for the persuasive pianism and musicality of Thomas, this would be easy to dismiss. It says much that he is almost as persuasive as Perahia in the latter’s DG recording in the Allemande of the French Suite No 5. Thomas lists Rosalyn Tureck as principal influence and there is a line of purity from first to last, delivered with a markedly multivalent touch. Remarkable.”

“a boundary-blurring composer and improviser”

“Assembled with the ingenuity of a seasoned DJ”

“Dance Suites” is released out now on Odradek Records. To order a copy, write to Fred Thomas.

It took me a long time to pluck up the courage to record some of Bach’s solo keyboard music. Its emotional, intellectual, technical and spiritual demands seemed overwhelming. Twice I started only to quit the idea, daunted and feeling unready. Then, in a moment of lucidity, I wondered: when you’re dealing with the most miraculous body of human creation in all the arts, when are you ever ready? Life is short. Bach himself was not prone to procrastination. He produced a quantity and quality of music some consider literally unbelievable.

I recorded alone with a huge piano, trying to coax the monster-machine into behaving well. Why the piano and not something ‘authentic’? For one thing, it’s my first instrument, but ultimately it’s a tired question, certainly in comparison with the sheer wonder of the music itself. In the end, the most scholarly ruminations on the abstractness of Bach, or on the piano’s range of articulation, or on the futility of pursuing authenticity in the absence of an authentic audience, just can’t match the sonic revelation that, played with some imagination, Bach sounds good on a tenor banjo – more on that soon.

His music is the most transcendent, all-encompassing, wise and child-like thing I know. In the words of Bernard Chazelle, “Bach’s music is soft and gentle, often suffused with piercing tenderness. If his work has an unmistakable child-like quality, it’s because its spiritual aspirations, borne of faith, joy, grace, and wonder, call for the deepest seriousness – and no one is more serious than the child”. I have the immovable feeling – knowledge, almost – that Bach fathoms and encircles everything.

John Cage considered music from the past useful only to the extent to which it leads to the creation of new things, a view far removed from the occasional dogmatism of the historical performance movement. Though I value both viewpoints, my aim lies somewhere in between: to derive something personal from a combination of historical enquiry and poetic imagination, using fantasy to supplement the fragmentary knowledge that contextual study reveals. Furthermore, the violation of chronology – my choice and ordering of tracks – is an attempt to give this record narrative force.

Creative recording techniques also played an aesthetic role. Using many microphones and basing their blended combinations on inherent musical character enables each movement to inhabit a unique soundworld. This process became genuinely interpretative, post-production. Although relatively under-explored in classical music recording (where the goal is often to reproduce the ‘natural’ sound of a live concert), my aim is to treat recording technique as an independent, exploratory art form.

Track 1 is an epic Sinfonia in three parts, the first of which, marked Grave Adagio, shows Bach at his most monumental and religiously intense – more music for organ or orchestra than for a gently-plucked harpsichord. Its addictively tortuous chromaticism, often reserved for explicitly sacred music depicting the suffering of Christ, is more than capable of inspiring heated spiritual fervour in even the staunchest unbeliever. The second section is more detached. I hear it from a distance – elegant and cool, like a cat – with the kind of walking bass (Andante) that never stops or starts. My favourite moment is from minute 2:30 to 2:40 where we glimpse Bach’s peculiar sense of humour: the high C pedal, bizarrely repeated more times than is perhaps reasonable, is a very subtle joke, but I can’t help but be touched. It reminds me of Sonny Rollins, or that particularly insistent bit near the beginning of Beethoven’s Pastoral Symphony. The fugal third section, chunky and athletic, flies along in a dizzying race between two intertwined and energised voices. It was a revelation to hear Martha Argerich play this partita, with her unbelievable swing and variety of touch.

Track 2 typifies Bach’s willingness to be naive, child-like, warm and generous. This graceful Allemande, with its harmonically playful ending, is ideal for improvising ornaments and experimenting with articulation, balance and overhanging voices. Track 3 is a very idiosyncratic Corrente I love very much. The leaping bass-line remains steady while the melody, one of Bach’s most rhythmically complex, is mostly displaced or seemingly out of synch – the Baroque equivalent of Changüí from the south-east of Cuba (to my knowledge the most syncopated music on planet earth). I sought a specific rhythmic identity: a deftness, a lightness of touch or sleight of hand necessary to make this extraordinary music really swing. There’s something insect-like about this running dance – I think of an ant on a long journey, hurtling over obstacles, quietly determined, but occasionally needing a pause to catch breath.

The first time I heard Glenn Gould play Track 4 I was blown away by the dignity of this Sarabande. It’s a special place where Bach talks to Ray Charles. The way the chords move is so satisfying, so generous, and I tried to give this richness to the piano sound: what Albert Schweitzer called a beautiful but full forte. It’s pure joy to play. Seemingly just another elegant Menuet, Track 5 is a gem littered with playful moments, especially in the notated ornamentation. Nevertheless, there are dangers in being too cute – Bach, after all, was from Eisenach not Vienna – and my sense of taste was challenged by this deceptive little dance.

In the next Aria we meet Bach the comic story-teller. Track 6 evokes in my mind a drunken and flatulent noblewoman. Or perhaps a farmer, in turn beaming, stern, jolly, sly – a crinkly-eyed cider drinker. The fat chord at minutes 1:28 and 2:10, a startling punch in the stomach, is a remarkable twist in this theatrical short story. One of my favourite Bach moments, it makes me wonder whether the ending it precedes is as happy as it seems; perhaps it’s more stab in the back than punch in the stomach. In any case, it’s appallingly satisfying to get stuck into. Concluding the first ‘suite’ in this program is Track 7, an imperious fugal Gigue in the old French style. Its character evokes one of my favourite pianists, the awe-inspiring Grigory Sokolov.

Like so much Bach, Track 8 is music to nourish or comfort your soul. Better than any drug, he is always there, steady, never despairing. Sometimes I even crave melancholy as an excuse to visit him in search of the addictive sensation of grief soothed. The calmness of this kind of Prélude is more reassuring than anything else I can think of and, in gratitude, I gave it all the warmth and repose I could muster.

Similar in its composure, Track 9 is one of Bach’s works with which I have the longest and deepest relationships; yet my view of this Allemande is constantly changing. The writing is busy yet remains serene, an artistic feat not easily achieved, and something usually associated with music from elsewhere – say, griot kora music from West Africa or Shona mbira music from Zimbabwe. The necessity for restraint comes into sharp focus. Very little rubato, a tempo neither rushed nor sentimental, an unflinchingly dark and muted tone and a refusal to be drawn: these were some of the devices I used in an attempt at total tranquillity. There’s an emotional dependability about this writing, hard to express in words, that challenges the interpreter to remain mentally disciplined, obsessively engaged but not excited into a false move or show of her hand. Somehow this kind of Bach is the place where all I really want to hear is him, not myself or some other imposing interpreter. For obvious existential reasons, it’s a tricky subject.

Bach’s relationship with the colour and feeling of different keys was extremely sophisticated. Whilst F minor might be the darkest, E major, home of Track 10, is often his key of unadulterated joy, and this Courante showers the listener with cascading notes and radiant light. Track 11 is a deep and focussed Sarabande: Bach at his most philosophical. This slow-motion dance is like a fossilised monolith or a pithy soup boiled down to its purest essence. Haunting voices hang over and cling on like shadows. Production techniques are especially transparent here, exploiting the binary form of the piece. The first time you hear each half there is a ‘wet’ sound: wide, distant, as if in a big space. On the repeat there is a close, in-your-ear feeling, and listening with headphones (something I recommend) reveals the extra resonance of these overhanging notes mingling with the sound of piano hammers creaking.

Another sudden change of direction, Track 12 makes me feel like a kid; there are so many games to be played. Predictably, I tortured myself over how to articulate this cheeky and untroubled Tempo di Minuetto. Another movement I recorded thanks to Glenn Gould, Track 13 is a beautiful Polonaise with a wit characteristic of E major. The turns at minute 0:35 and 1:04 really crack me up. I like to imagine this is Bach predicting the future and parodying the music that supplanted him. Aged eight, my piano teacher gave me a CD of Dinu Lipatti playing Track 14 (which I still own): the grainy old sound and concentrated playing really affected me. There are so many things to balance in this texturally unique Gigue: how fast without being fuzzy, how steady, literal or playful. That interpreting Bach is so open is a beautiful headache, a complex, tortuous gift.

I tried to play this music my own way, inspired by the artists already mentioned as well as Rachel Podger, Masaaki Suzuki and especially Rosalyn Tureck, whose Bach playing I love so much. Thank you to all those people who offered me the ultimate gift of bringing a piece of their own Bach into my life, in particular Peter Thomas, Ezekiel Lezama, Trish Keelan, Jiri Slavik and Sophie Fetokaki.

Recorded at the Royal Academy of Music, London, March and June 2015

Engineered and Mixed by Alex Bonney 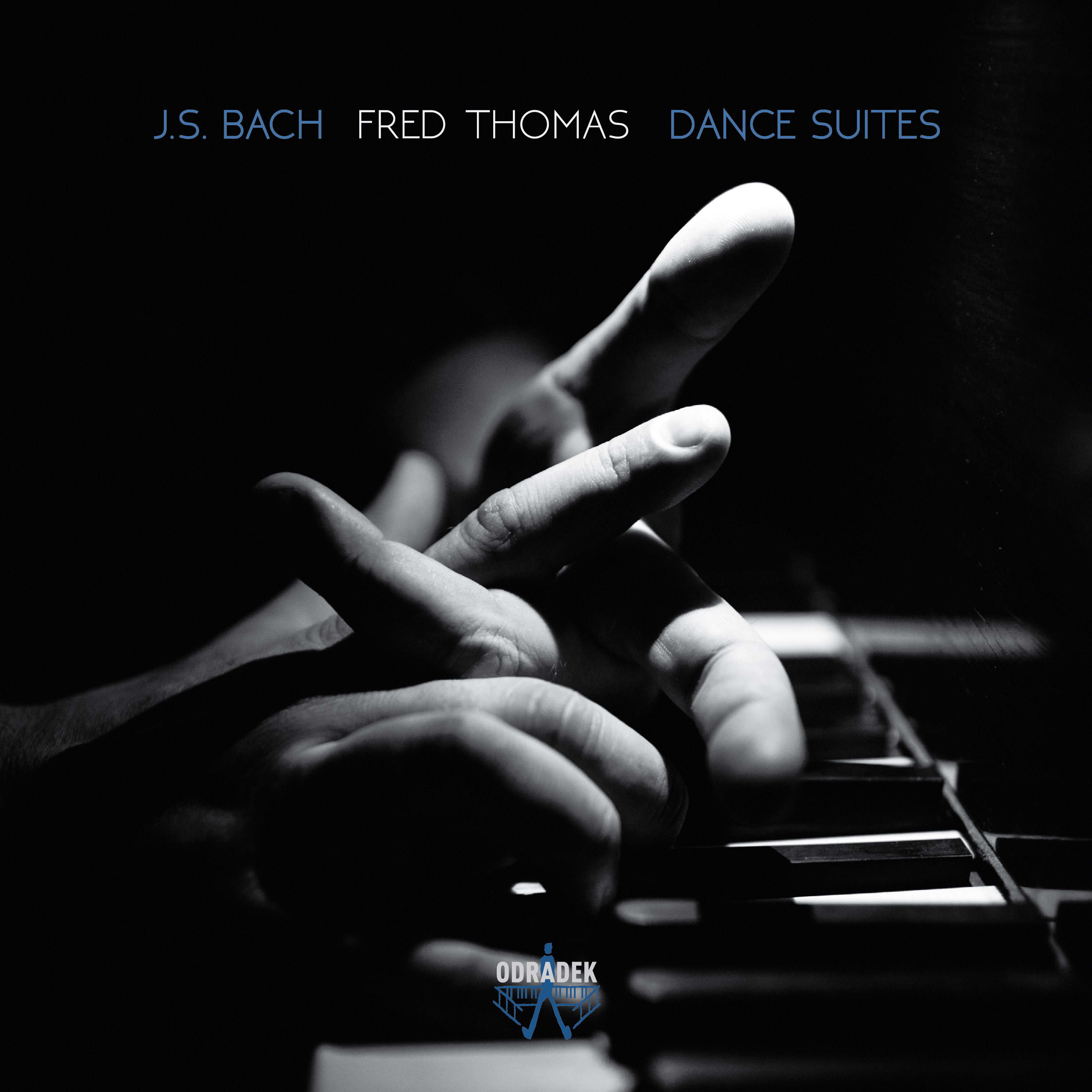 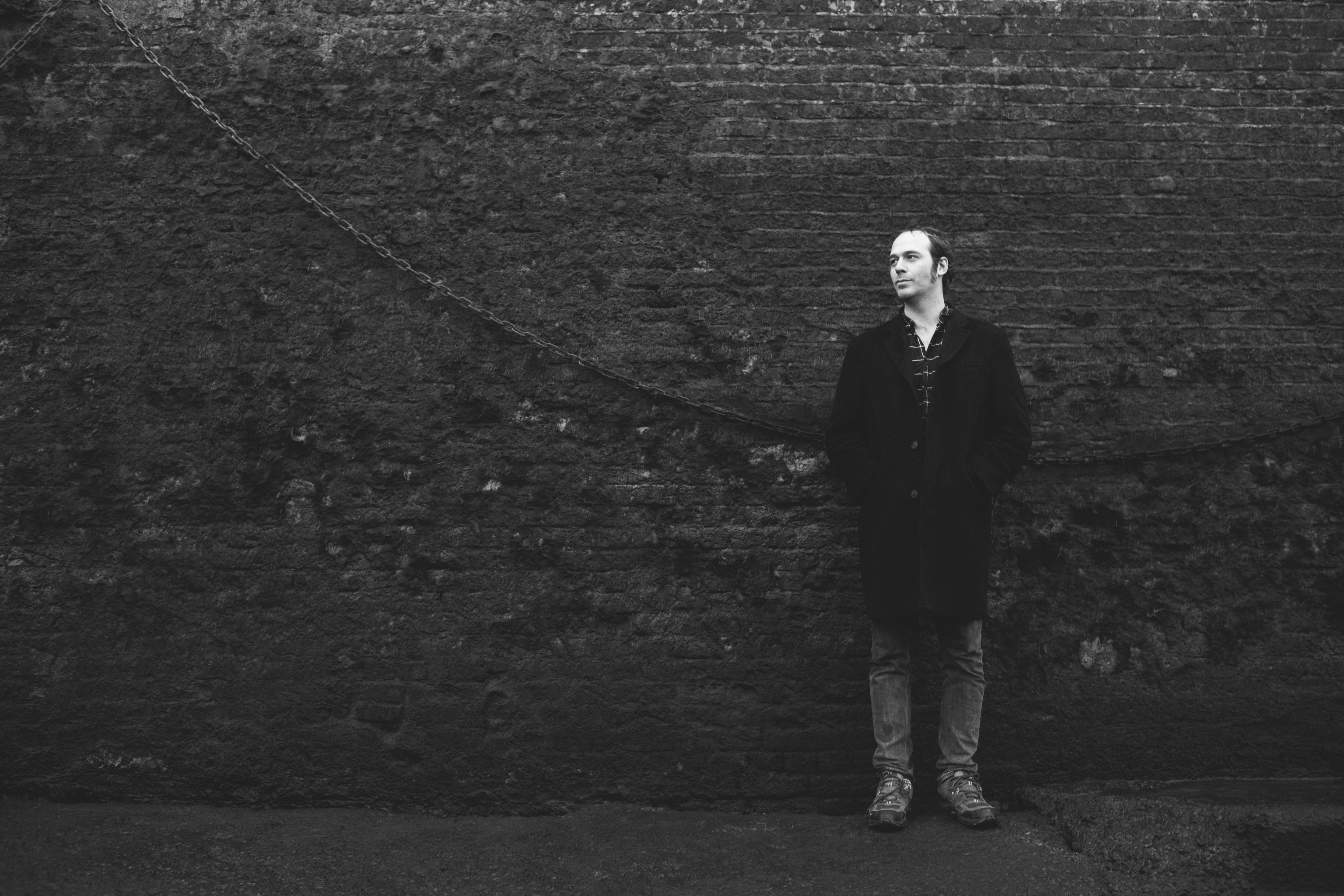